Mauro Ruggiero was born in Italy July 25, 1979. He attended the High School “Leonardo da Vinci” in Vallo della Lucania, and in 2003 he graduated with honors in Philosophy at the University of Salerno. He studied and worked at the Department of Philology of the University of Salamanca in Spain, and has conducted research at the Freie Universität, Berlin. In 2008 he graduated with honors in Italian Language and Culture for Foreigners at the University of Pisa, specializing in Archives Science and Librarianship. He is a professional journalist since 2005, member of Syndikat Novinářů ČR and of the International Federation of Journalists (IFJ). From 2005 to 2007 he was editor for the online cultural magazine Vulgo.net. He has worked with several newspapers, news agencies, radio and televisions both in Italy and abroad, including Reporter Associates International, RAI Cinema, RAI Radio Uno, The Voice of Italy, Česka Televize, Český Rozhlas and Lidové noviny. He also writes for “Progetto Repubblica Ceca”, an informational magazine of politics, economy and culture, for which he done interviews, reports and cultural programs. He lives in Prague where, in addition to practicing as a journalist, he is working in the Administration Department of the Italian Cultural Institute and is a PhD candidate in the Department of Romance Literature at Charles IV University. He is the author of poetry anthologies and editor of numerous publications on culture. It is also author of the essay: “Mare Nostrum. History recipes and secrets of the Mediterranean Diet “ 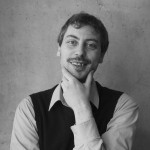 Born in 1977 in Florence, his Italian-Czech-Bulgarian roots and his cultural background make out of him, as he likes to define himself, an “European humanist”. Since 2005 he lives in Prague where he works as a publicist, writer, translator, teacher and trainer. He previously worked as a business consultant, then as the editor in chief of a major Czech-Italian magazine. Today, among other things, he is working with Galerie Vernon at the organization of several major cultural and artistic projects. Member of the National Council of the Czech association Friends of Italy, he made of the approach between the Czech world and the Italian one his mission to whom he dedicates with passion. He is a keen promoter of the need for a return to the cultural roots of European Humanism and Renaissance as the only way out of the moral and social decline that the Old Continent is experiencing. With this in mind, then, he participates in the growth of the cultural portal Café Bohème. Among the topics he’s fascinated in most, beyond culture, economy, society, politics, ecology, history and religions. Moreover, he deals with philosophy and, in general, spiritual and existential issues of Life and Man. 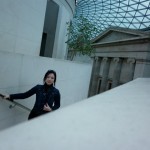 More than three decades ago, born under the dreamy and artistic star sign of Cancer, she first saw the light of day in Brno. Many years ago, fate brought her to Prague, the city of a hundred towers that captivated her with its splendour. It still continues to amaze and inspire her for life, providing a place where she can pursue her versatile interests in culture and history as well as meet interesting people. And here is where she discovered her passion for travel, for exploring foreign cultures, for slow-cooking food, fashion and Italian operas. In her spare time she also loves interior design, visiting galleries and museums, and hanging out with friends and her two cats.