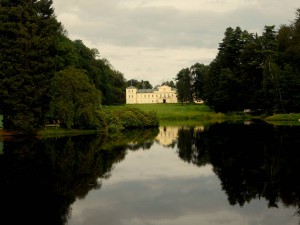 The road, which stretches for about a kilometre and connects the small station in the countryside to the place where Miloš, the castellan, is waiting for me, is lined with birch and maple trees and already in autumn mode, alternating between shady areas and dense pine and firs which, in an unusual silence for those who live in the city, emanate a fresh and intense forest scent, in the quiet air of the evening.

I am in Lázně Kynžvart, a small town in the district of Cheb, located about 30 km from the border with Germany. The village has just over 1000 inhabitants and is situated in the Karlovy Vary region, not far from the famous spa town of Mariánské Lázně. This popular region, rich in thermal springs is dominated by the Slavkovský les, a nature reserve which boasts a fascinating, unspoiled landscape that inspired the evocative and mysterious paintings of many painters of Romanticism.

Due to the geographic location and characteristics of the place, it is unsurprising that it was in Lázně 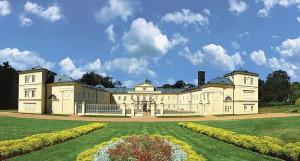 Kynžvart, where one of the most powerful and influential political figures of the nineteenth century, chose to establish his summer residence: Prince Klemens Wenzel Nepomuk Lothar von Metternich, the Austrian politician and diplomat who took on the role of Foreign Minister and Chancellor of the Austro-Hungarian Empire under the Emperors Francis I and Ferdinand I. Among the realpolitik theorists, Metternich was a skilled negotiator and supporter of reactionary and conservative politics, and his ideas had a lot of weight at the Congress of Vienna, which decreed the return to the ancien régime and gave way to the period of the Restoration.

Having been enraptured by the splendor of the nature surrounding me, I arrive in front of the harmonious neo-classical style architectural complex: the Castle of Prince Metternich, now owned by the Czech state, and the museum, among the most beautiful, interesting and rich in the Czech Republic. 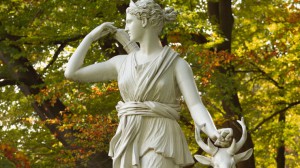 The present castle (Zámek Kynžvart) stands on the ruins of former buildings of which the oldest dates back to the thirteenth century. Starting from 1630, its history is intertwined with that of the family of Metternich who would own it up to 1945. Its best known owner, Klemens Wenzel von Metternich, had the castle rebuilt in neo-classical style by the architect Pietro Nobile between 1821 and 1839. For the costly reconstruction work, Metternich borrowed a large amount of money from the famous banker Salomon Rothschild, for an expense that today would be the equivalent of approximately 46 million euro.

Miloš awaits me at the entrance of this impressive building for an evening visit of the Castle library, extraordinarily granted to me. However, before taking me inside, he suggests a visit to the large park surrounding the castle, for which Metternich longed and that he commissioned to the Viennese architect Riedl. In this oasis of peace and order, there are three small lakes, and on the shore of one of these is an ancient brewery founded in 1606.

The statue of Diana, the Lion spring and the Chapel of the Holy Cross built in 1835 in neo-Gothic style 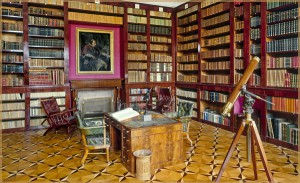 , are just some of the beauties that can be admired in this great English style garden.

We enter the castle and go up the main staircase leading to the first floor, the castellan offers to be my guide through the 25 rooms of the floor, many of which are added to the museum and can be visited during the day. On the wall the oil paintings of the Emperors Francis I and Ferdinand I of Austria and the father of Klemens, Georg. In the first room there is a large jar given to Metternich by the Tsar Alexander I of Russia, and in another small room a glass wall with a number of relics that belonged to Napoleon Bonaparte and the basin used to wash in St. Helena.

The next room retains the study of the Chancellor. On the walls the portraits of his three wives are hung, but the most important piece is a large and solid table on which the historical treaties were signed during the Congress of Vienna in 1814-15. Going across this room we move to the library of Richard, the son of Klemens and a renowned diplomat. The library contains approximately 6,000 books and has a secret passage hidden behind a wall of fake books. Crossing the Green Room and the Billiard, we arrive at the main hall: a large room with a huge picture of the Chancellor. The hall houses statues commissioned by Metternich to Antonio Canova, the most beautiful of which represent Cupid and Psyche.

After the gold and the majesty of the Dining Room, the beautiful paintings of the Smoking Hall, the Music Room and the Oriental one, in each of which extraordinary masterpieces of art from various countries are preserved, we arrive in the magnificent library. It is among the richest in the Czech Republic. In this magical place where priceless treasures are displayed, 1825 manuscripts and about 4,000 extremely rare copies are preserved. Much of the material stored here comes from the ancient Benedictine library of the Ochsenhausen Monastery. The 29,000 files and more than 42,000 volumes in various languages and on all human knowledge, make up this exceptional place, where the oldest document is a fragment of the Pentateuch dating back to the eighth century. There are also two manuscripts by St. Bernard of Clairvaux from the twelfth century stored there, and precious, rare texts of magic, occultism and alchemy of the 17th and 18th centuries.

Some rooms on the other hand, form the Cabinet of Curiosities which is one of the oldest museums of 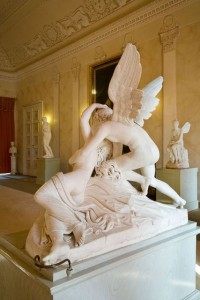 Europe, visited since 1828 by the citizens of the area.

In one of these rooms are two tables belonging to the writer Alexandre Dumas who Metternich had met in Paris, and with whom he had forged a strong friendship. Thousands of items from all over the world are kept in this place: Greek and Roman archaeological discoveries (some from Pompeii) and other artefacts from Mexico, Peru, Egypt and the Far East. It would be impossible to list them all. Among them is a magical amulet that belonged to Lord Byron and even a relic of Rodrigo Díaz de Vivar, better known as “El Cid Campeador”. There are few other spaces in the world which are so small, but hold so many objects that possess so much charm, history and mystery.

Also in the castle are the well preserved collections of Karel Huss, the last Executioner of Cheb, an educated man, and collector of ancient coins and other objects, who sold his collections to Metternich in 1859. 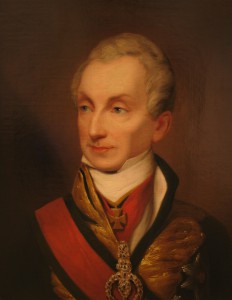 I approach the end of this wonderful visit, but I still have to see the two holiest and most energetic places of this amazing castle on the border of the Czech Republic. One is the beautiful and rich Chapel of St. Anthony of Padua, with its altar donated to Metternich by Pope Gregory XVI and covered with marble from the Roman Basilica of St. Paul Outside the Walls. In the Chapel, along with other works of art, there is also the “Deposition from the Cross” by the Italian painter Luca Giordano.

The other one is the last room of the castle, located in the most remote wing of the building and it reserves the biggest surprise. Here two Egyptian sarcophagi are displayed, which were donated to Metternich by the Egyptian viceroy Muhammad Ali. In one of these, 3,500 years old and decorated with the sacred beetle, the depictions of Isis, Osiris, the god of the dead Anubis and other traits from ancient hieroglyphics of the Book of the Dead, lies the mummy of the scribe and priest Quenamun. One wonders what he would say if he knew that one day his body would be brought from the sands of Egypt to the Bohemian Forest. 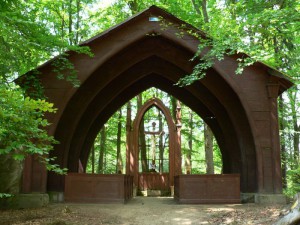 Malá Strana, the known and unknown. By Mauro R. 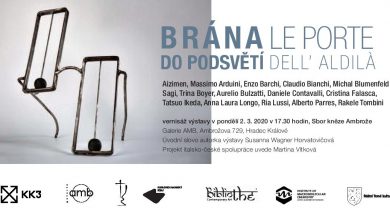 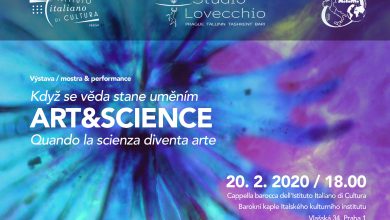 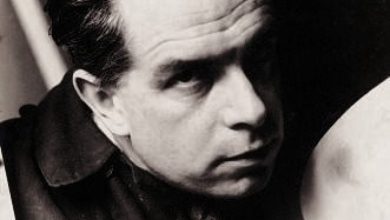